The mechanical agitation needed is created using the flowing film of the product under the most controlled or most ideal conditions. Distillates, concentrated components or even vaporized components are processed based on the nature of the application. 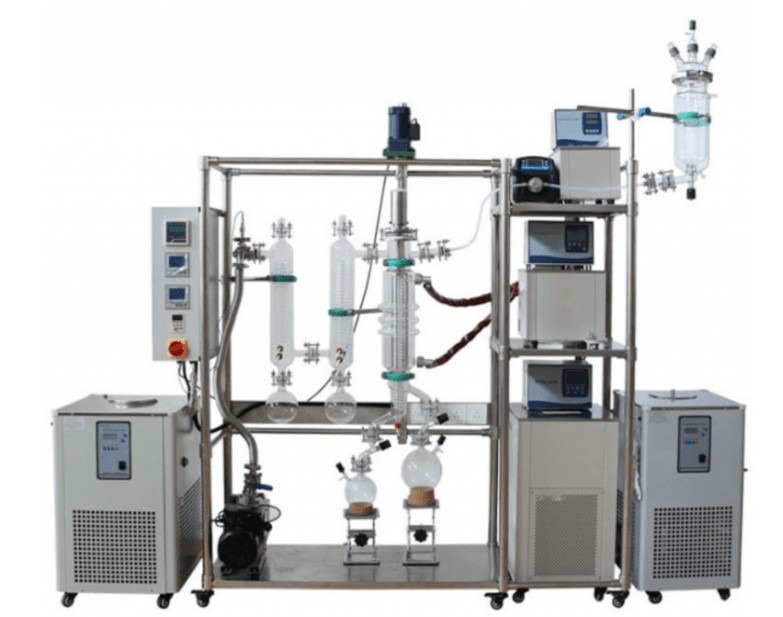 Simply put, these evaporators consist of two major parts. These being the rotor or the cylindrical heated body. The products are first introduced above the heating zone. They are then distributed in an even manner by the rotor over the evaporator’s inner surface.

This allows the products to easily travel in a spiral fashion down the walls. The machine’s high rotor tip produces a high degree of speed to produce turbulent forces. The generated turbulent flow is needed to form a series of bow waves. When the bow waves form, they promote mass transfer while producing the optimum heat flux.

The more volatile components processed usually evaporate are fast rates because of the conductive heat transfer. The vapors produced tend to flow co-currently or counter-currently through the entire unit. However, this is usually based on the requirements of the application.

In both cases previously mentioned, produced vapors are usually for subsequent processing or condensing when they exit at the discharge section. Fouling of the thermal wall is prevented by the continuous mixing and agitation of the rotor blades. Fouling tends to occur when a mixture of components adhere to the walls.

The thin-film evaporator is effective at performing its job. This is because it narrows time distribution, creates short residence time, promotes high turbulence and renews surfaces in record time. Surface renewal is essential and important for handling some of the most sensitive, fouling, thick fluids. 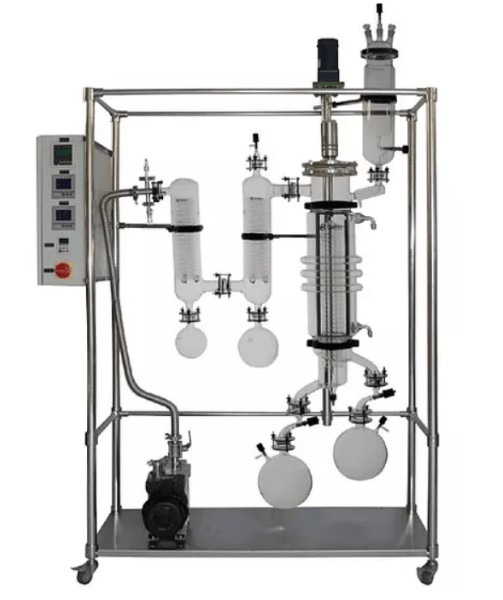 The wiped film or thin-film design offers its users a versatile design that can be widely configured. When it comes to the rotor design, there’s usually fixed clearance for all horizontal designs. However, most vertical applications are geared to liquids that are less viscous. These range from anywhere that is less than 50000 cps.

The state-of-the-art hinged or wiped film blade was created with some of the highest quality of materials in the industry. They are known for preventing fouling and increasing the vaporization ratios. In the case of the rotor orientation, vertical motions are most likely to be used.

Vertical orientations provide one of the most reliable yet efficient processing methods for dealing with fouling viscous fluids. These units are widely available with external and internal bottom bearings. However, horizontal designs are more suited for applications that require longer residence time.

They are also effective in mass transfer and reactions where there is limited headroom. The machines tapered configuration also effectively allows rotor clearance adjustment to alter the residence time. This ensures that the heat transfer surface wetting happens at the lowest rate of throughput.

When it comes to vapor, vertical applications require countercurrent motions. This allows the maximum mass transfer and heat transfer while maintaining the efficiency of both. However, this is done to accommodate any internal liquid or vapor that should form during separation.

Co-current movements are most suited for applications that require foaming, flashing or heavy vapor loading. Manufacturers from all around the globe have taken this principle and created their own spin on the principle involved. Each manufacturer competes with the others to create the most effective and efficient technology.

As we conclude, we have just looked at the wiped film evaporator theory. We have also looked at how different variants are administered in operations. This machine utilizes effective methods of heat transfer and agitation to allow separation.