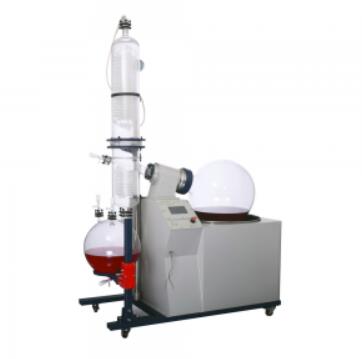 A rotary film evaporator is basically a device that has extensive employments in a laboratory setting. It is used to get rid of solvents from samples through the process of evaporation rather than distillation.

Compared to the other rotary evaporator, this one is pretty efficient and energy-saving. That is because it employs a vacuum to lower the boiling points of the solutions. In this way, it expends less fuel and power sources to achieve more or less similar levels of satisfaction.

It comprises a motor, flask, vapor duct, heated bath, fuel source, condensation chamber, and controls knob. The solution from which the solvent is to be separated is poured in the heated bath. When the system is powered, the solution increases in temperature and begins to evaporate.

The heated solution then rises in the vapor duct, and then to the condensation chamber and cools. In doing so, it collects at the collection chamber that adjoins the entire system. Many kinds of industries and sectors apply this equipment.

Many manufacturers are involved in the makeup of this equipment. Among these are the food, chemicals and dyes, beer brewing, fruit canning, and laundry, to name but a few! It means they vary in size, shape, and scope. Upon acquiring one, take some time to familiarize yourself with its finer details.

The Applications of Rotary Film Evaporator 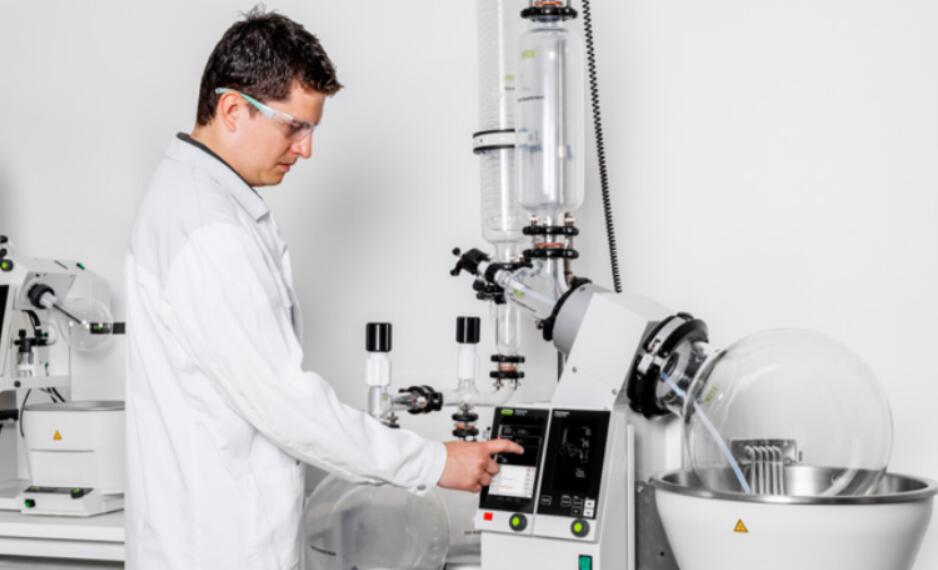 The rotary evaporator is simply a chemical technique used in the efficient separation of liquids through the gentle separation of samples by evaporating solvents under a vacuum. This method is mostly preferred over other techniques as it is more efficient in getting pure solutions after the separation process.

The entire process involves heating solvents in a rotating flask where the liquids are distributed in the form of thin films for easier separation. The rate at which the fluids are separated depends on the bath heating temperatures, the size of the heating flask, distillation temperatures, and also the speed at which the evaporation rotation flask is subjected to. The evaporation flask will thus form thin films of the liquids being separated due to the rotary motions resulted from the heating bath. The films raise and get condensed and are collected on the receiving flask.

The rotary film evaporator technique has, over the past years, a range of applications due to the reliable performances. However, the method works best for light boiling components.

This technique is highly used in laboratories manufacturing pharmaceutical drugs to get solvents separated into their pure samples through the rotary film evaporation method. 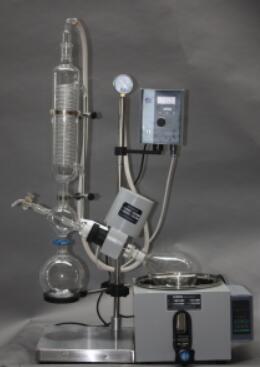 This technique has also worked in industries specifically for molecular cooking during the preparation of distillates and solvent extractions. Solvents are separated into the pure form hence making the rotary film evaporator technique the best way out for quality products.

3. Solvent removal from samples in the chemical industries

Most of the chemical laboratories find the rotary film evaporator technique as the most reliable way of gently removing solvents from the liquid solution and as a result leaving the pure form of the liquids being separated. 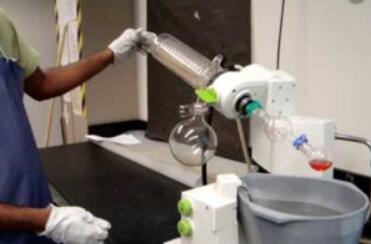 The rotary evaporator technique is widely used in biological product industries for various purposes, including; drying, separating solvents in the laboratories, crystallization procedures, and evaporation procedures, among other activities in the factories, meant to achieve pure samples of a particular product.

The rotary evaporation techniques are used in biopharmaceutical industries to dry and purify solutions intended for treatment purposes. The method is an ideal solution for efficient and safe distillation processes. This thus aids in acquiring quality biopharmaceutical products. 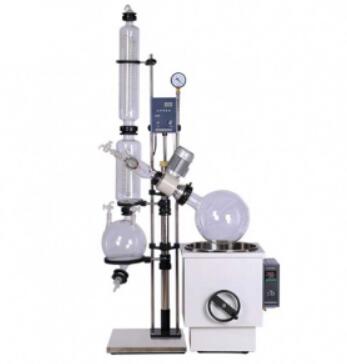 This technique is widely used in the food industries, such as in the manufacture and processing of drinks for simple distillation processes. Different food solutions are separated into their pure elements hence making the rotary evaporator technique an ideal method to consider achieving quality products.

The rotary film evaporator technique is on the best choices you would go if you are looking for a perfect technique to separate liquids from some solvent samples effectively. It is a simple method but offers reliable results. There is also nothing to worry about as the method is entirely safe, and you can even handle the entire procedure even on your own. 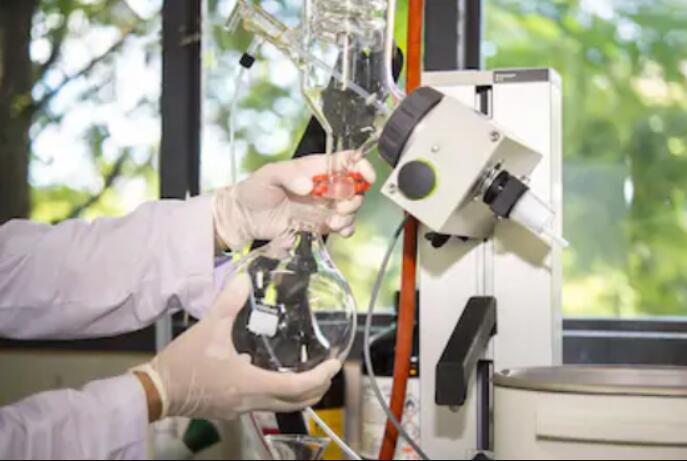 To begin with, there are seven main parts of this evaporator.

They are discussed hereunder: 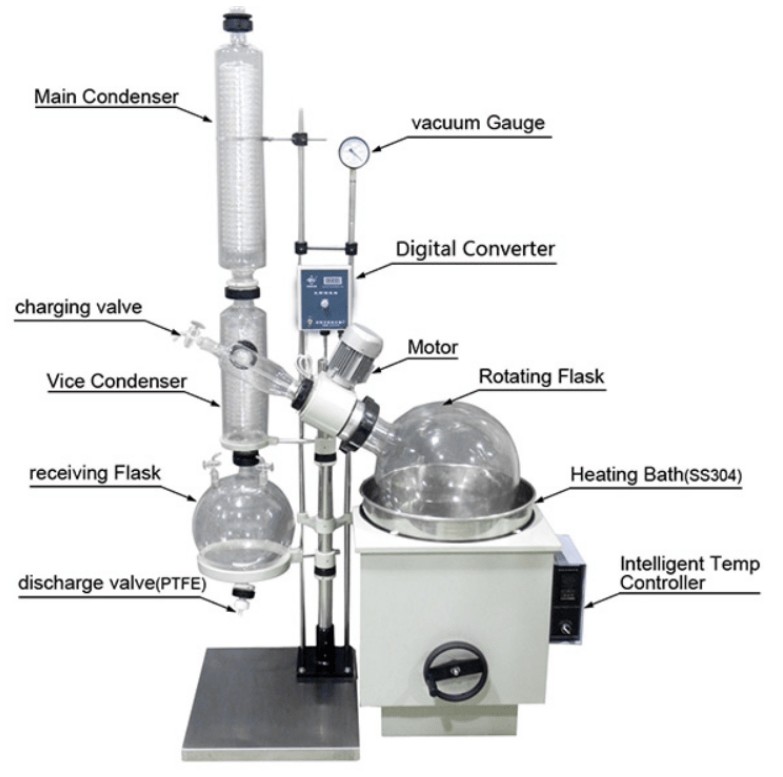 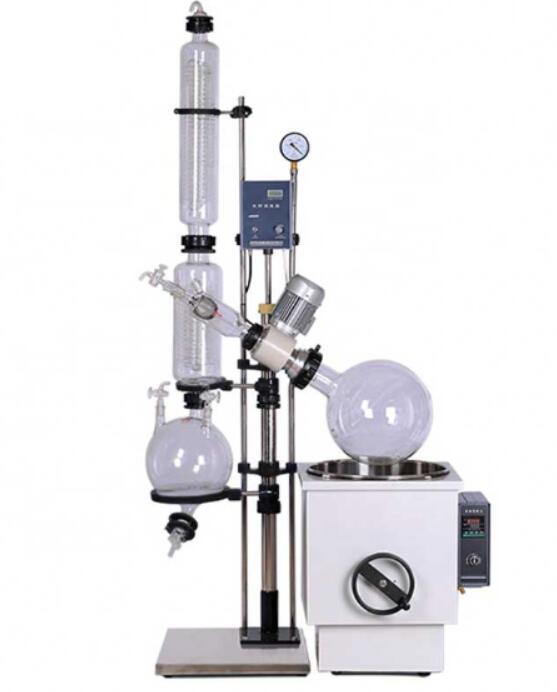 A motor unit stands tall among the many parts and components of the rotary film. It is the one that rotates the evaporation flask or vial. In these flasks or vials are contained the user samples. The motor is actually the one does the job of powering the entire system.

The evaporator boils samples. Nonetheless, it takes up less heat energy to do the job. For this to be a reality, the evaporator utilizes the vacuum system. The role of this system is to reduce the pressure levels in such a way as to lower the boiling point of the fluids.

A heated fluid bath also exists part of the entire system. It is at this bath that you get to heat the samples of your working. The bath is large and furnished with some source of heat at the base. Its walls are strong enough to ward off any likelihood of collapsing and sinking.

When the samples are heated, they have to be cooled and condensed. The condenser plays this very role. It basically comprises a coil which passes through some coolant or ‘cold finger.’ This coolant mixes with some dry acetone or ice to lower the temperatures of your heated samples appropriately.

After the samples have been heated and processed, they have to be collected somehow. At its base is the condensate-collecting flask. It plays the role of catching the distilling solvent after it has condensed. In many evaporators, this flask is transparent to allow you to see through unhindered.

Lastly comes the operational mechanism. This is the approach that the rotary film evaporator takes to fulfill its role of extracting solvents from fluids. There are two main kinds of mechanisms. These are the motorized and the mechanical respectively. It is in your best interest to find the mechanism of your liking and suitability.

How To Set Up A Rotary Film Evaporator?

Before you can derive the benefits that come along with a film evaporator, you have to set it up for eventual use. To do this, you have to follow some well-defined rules of engagements.

Our article hereunder revolves around the very processes and steps which you have to follow to bring it to fruition. 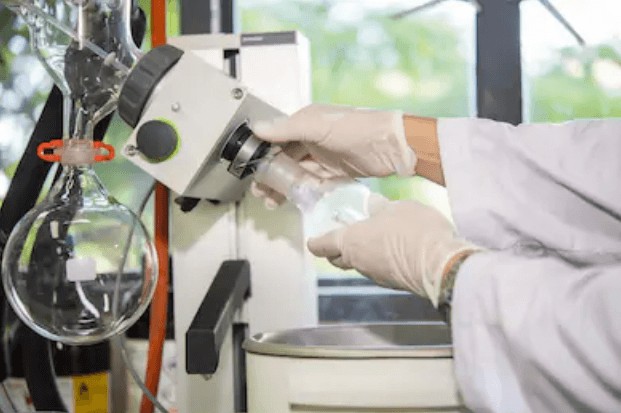 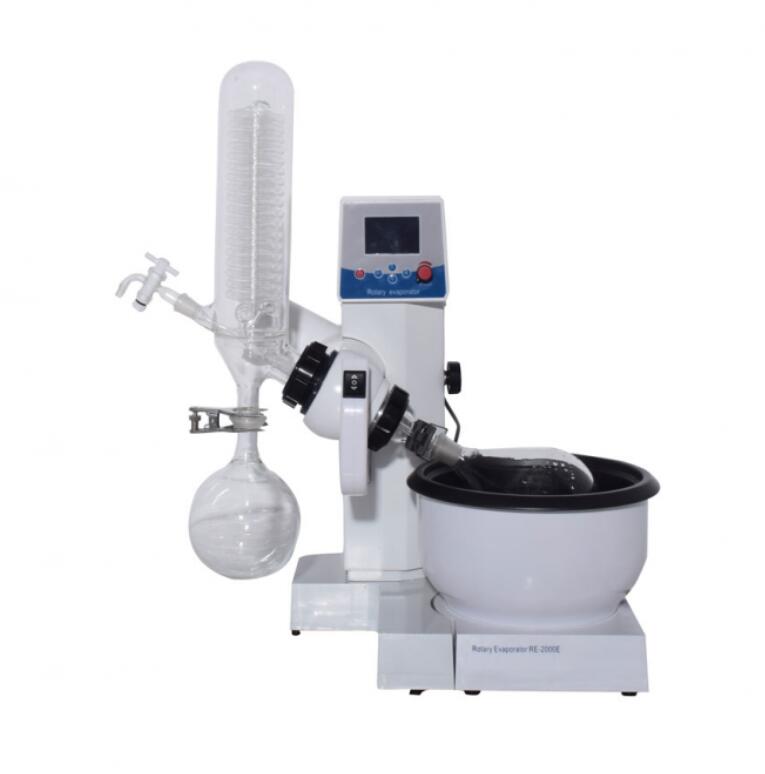 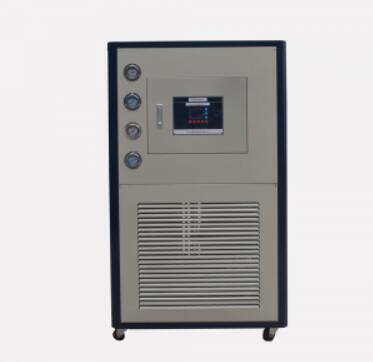 Step I: Connect the evaporator to the flask

Start off by connecting the evaporator to the flask. Use a plastic clip to seal the deal. The aim of this connection is to make it possible for you to minimize the splashes and foams from arising. In this way, your worktop retains its level of cleanliness which is crucial at all times of use.

Step III: Lower the Flask in the Water

Having set up the flask appropriately, the time has now come to lower it to the water. Use the joystick knob to do the job of lowering. You will find this stick attached to the apparatus concerned. Place the flask at a position that is partially submerged to the water; not fully. Take care that the plastic clip does not get into the water.

You now have to turn on the vacuum source. There are two main kinds of sources for your consideration. These are the aspirator and the vacuum pump respectively. Be on the lookout for a hissing sound as it is the one that signifies that the flask holds securely onto the bump trap.

Lastly, rotate the flask at a moderate pace. Do this by adjusting the existing rotation notch to around 11o revolutions per minute.

Alternatively, you may do so a one-third the rate of maximum rotation. Finish off by closing the stopcock on the evaporator. To do this, turn it at an angle that is perpendicular to the bleed valve. At this stage, the hissing sound should stop.

Kindly note that the actual procedures may vary significantly from one make to another. And be sure hence to read the manufacturer’s manual carefully before proceeding.