There is no question that having either a falling film evaporator or a thin film evaporator is a good tool for you to have for many of your industries. They are both solid heat exchangers and they both do their job quite well. However, it can be difficult to tell the difference between the two. Either way, knowledge is power, so here is some extra information about these two experiment tools (Thin Film Evaporator Vs. Falling Film Evaporator):

What Is A Thin Film Evaporator?

First of all, a working definition of a thin film evaporator is in order. This machine is a device that can allow continual and solid processing of many materials that would otherwise be too heat-sensitive, fouling, or viscous for regular work. A thin film operator is a tremendous asset simply because of the fact these items would quickly degrade without the use of these tools. One of the best things about a thin film evaporator is that it has the ability to differentiate.

The designers of this device realize that these products need to have the ability to separate the volatile materials from those that are not so volatile. They also realized that indirect heat transfer and mechanical agitation were some of the key components needed for a thin film operator to work properly. A stellar thin film operator will have the ability to incorporate both distillate and vaporized components or a concentrated component. This versatility is the hallmark of a thin film operator, and it takes an experienced individual running the machine in order to help it reach its full potential. It just goes to show you that a thin film evaporator has many uses.

What Is A Falling Film Evaporator? 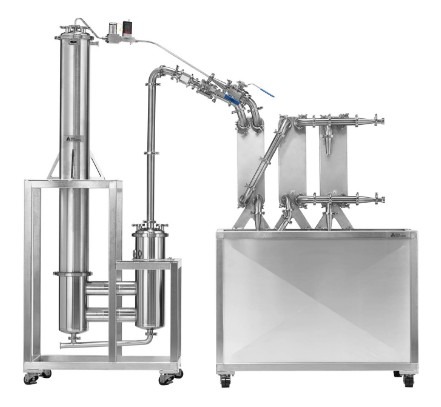 First of all, the falling film evaporator has to be completely wet, however, it is important not to keep the membrane too thick. This tightrope walking can be a bit difficult for inexperienced users. Second, the falling film evaporator does not seem to do very well with items that have a tendency to foul. Third, this falling film has a very sensitive material feed amount. The only way to keep this fragile component in check is to adhere to a very specific design plan. Indeed, these design and manufacturing requirements make this equipment very difficult to find.

How Does A Falling Film Evaporator Work? 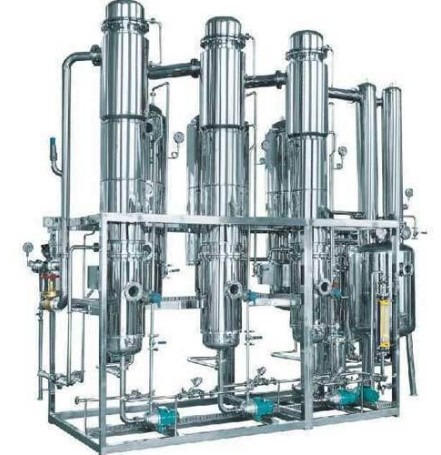 In order to understand how a falling film evaporator works, you need to take a look at some of the critical components of this device. The first thing to look at would be the feed at the very top, which is a feature that all of these machines will have.

This feed is crucial for helping the instrument to function because this is where the used solvent is poured through in order to begin the process. There are several vertical tubes that the solvent will go through once it has been poured, and then the solvent is filtered through the evaporator, which is connected to this series of tubes. After the solvent reaches the evaporator, this component will do its magic by turning the solvent into a concentrated form.

Finally, the falling film evaporator will separate the solvent into both a liquid form and a vapor form. This is important because it gives the operator the chance to receive the concentrated solvent in a form as close to the original as possible. Indeed, the reclamation of this mixture can be as low as 75% but as high as 90%, depending on the skill of the operator.

The falling film evaporator and the thin film evaporator might seem like they are two strips from the same brush. However, there are actually quite a few differences between the two.

First of all, the thin film evaporator has long been well-respected among people in the industry. Part of the reason for that is because the thin film example has the ability to use a rotary wiper in order to make a film. It will also be able to provide a high-speed flow in tandem with a fully efficient and higher heat transfer and a short-lived residence time. Shorter residence time is crucial for a thin-film evaporator because it allows for a higher evaporation rate without compromising on the separation efficiency. A short residence time will also be good because it reduces the thermal stress that is often present on the distilled product.

It is also important to remember that wiped film distillation is a continuous process. Part of the reason for this is because they are looking for a decrease in the boiling temperature. They are able to accomplish this by reducing the operating temperature. However, it takes a lot of patience, experience, and precision.

Of course, it’s also important to remember that a falling film evaporator has its uses as well. They are excellent at any project that requires a high heat transfer, activities that require a small temperature difference loss, a short residence time, and extreme durability that would make it resistant to deterioration. A falling film evaporator will always be popular in any industry that requires a high product concentration. Fields that do concentration and evaporation of soy milk, tomato juice, sorbitol, xylitol, starch sugar, and Chinese medicine extract are particularly concerned with this discipline.

Moreover, it can do this while allowing for the biological and sensory testing that is involved as well. This is important because this practice will not sacrifice the taste of the food. If you purchase any type of manufactured food at a retail store or grocery store, chances are they used a falling film evaporator to remove the liquid from the food before they placed the final product in the package to be shipped out to the store and go up on the shelves.

As you can see, both the falling film evaporator and the thin film evaporator are incredibly useful. They have literally helped move our civilization along and they are important parts of many different industries!