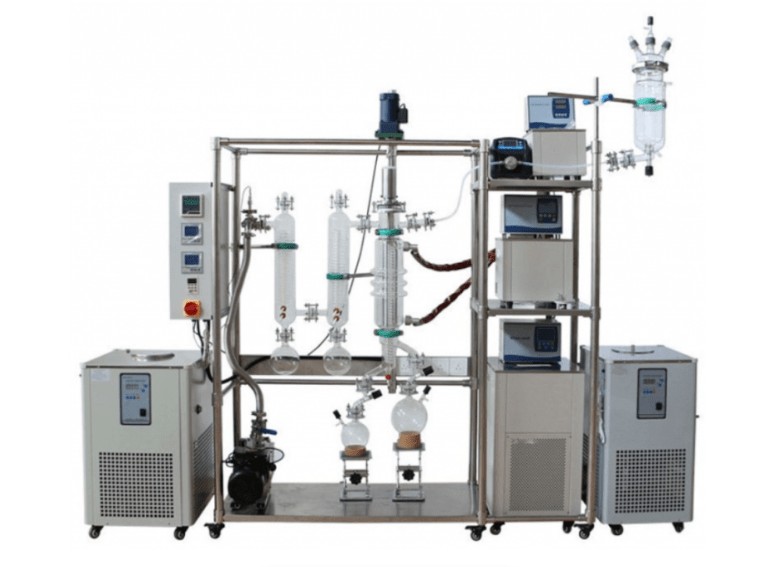 What Is a Wiped Film Distillation?

The size in terms of thickness is chosen depending on the thickness of the liquid used in the experiment, the rotating speed of the film and also the wiper system used in the production. The wiped film distillation process involves the use of a thin distillation system that reduces the rate of temperatures and the pressure required in production. Hence, this results, to a much higher evaporation process to reduce the time and temperature rates needed in an experiment. The limited heating time and temperature required during this process of distillation make it easy and efficient to work with sensitive materials.

The Process of Wiped Film Distillation and Its Superiority 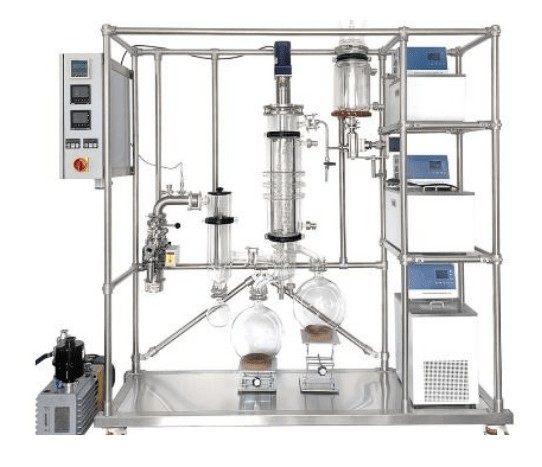 The liquids rare fed through a high vacuum that passes through to the evaporating surface. Through the heated walls of the evaporating surface and the vacuum, the process of separation takes place whereby the more volatile components also referred to as distillate from the mixture moves to the internal condenser and the less volatile components also referred to as residual moves down to the cylinder.

Ones these two separation process takes place, the remaining components are passed through to the discharge outlet connected to the distillate. The choice between the two( distillate and the residual) is determined by the application of the process and the desired results. The utilization of a high vacuum results in low-pressure utilization such that no molecules collide before the process completely.

The superiority of the wiped film distillation process

This process helps to reduce the decomposition products and ensure the quality production of the results. This is because less heat and pressure are utilized to allow the used components to evaporate, distill, condense and evaporate on a balanced rate. This process is mainly used in the production of oils, fats, chemicals, fragrances, and even polymers among others. With the wiped film distillation there is;

The Features of Wiped Film Distillation 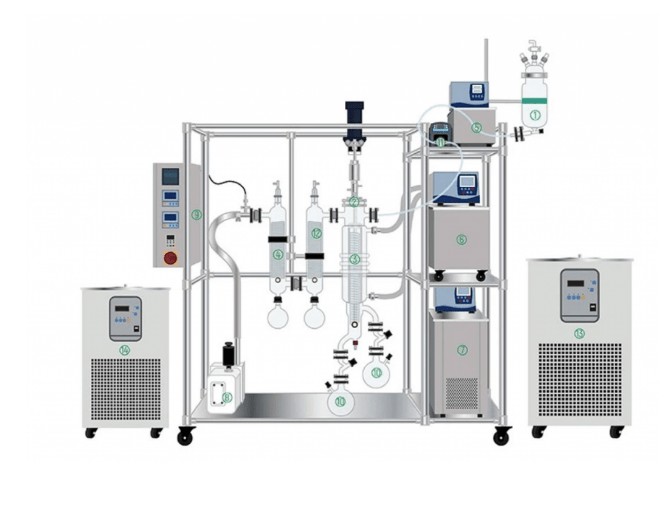 The feeding tank comes in different sizes and features plus a jacketed design. Most of the feeding tanks are designed with cleaner and visible material for easy viewing when feeding the liquid.

The collecting tank features a jacketed vessel and has a high controllable discharging method. The discharge method forms a link between the gear pump and the leveler transmitter on the tank.

The dual condensers are equipped to provide enough surfaces for collecting all the volatile distillates and safeguard the high vacuum level.

The wiped film distillation system features a feeding and discharging gear pump that is well insulated and made of non-explosive materials to ensure excellent flow of the distillates and other residuals. This also ensures smooth flow without causing clogging of the system.

The collecting tank is made of stainless steel materials that are well coated to prevent it from corrosion or rust from liquids used during the experiments.

The Applications of Wiped Film Distillation

This system is also used to produce the liquid in the form of distillate. How? The process includes the addition of all the necessary systems that eliminate the water, gas and also Naptha from the oils. The process also involves the addition of the complex multi-stage vacuum system to ensure there is a high vacuum required in the process.

The wiped film distillation system is utilized in the production of fine chemicals due to the ability to separate both volatile and non-volatile substances. The process takes place in a rough vacuum and at an atmospheric pressure, which works in conjunction with a condenser. The heat reduction on the condenser ensures optimal mixing of the used liquids on the surface. The thick high vacuum made of high-quality material prevents them from breaking even in the production of volatile chemicals.

The wiped film distillation is a process that slowly separates liquids under low heat, unlike other traditional methods. This makes it easy to separate liquids and other substances that are sensitive to high temperatures such as CBD because there is minimal degradation during this process.

Other than this, the wiped film distillation system works in the manufacturing and separation of CBD oil because there are less time and separation temperature utilized. The wiped film distillation used in the extraction of the CBD oil is fitted with an internal cooling condenser that links the oil molecules from the heated surface to the condenser. Note that in CBD extraction, the internal condenser fluid should be maintained at a -80 degree C to prevent the formation of high volatile substance or frozen oils.

The wiped film distillation system is versatile equipment applied in the production of chemicals, medicines, beauty products and even in the extraction of CBD oils. This distillation process utilizes low heat for easy and smooth removal and separation of both volatile and non-volatile substances. The distillation systems come in different sizes to accommodate different capacities.