What Is A Tabletop Rotovap? 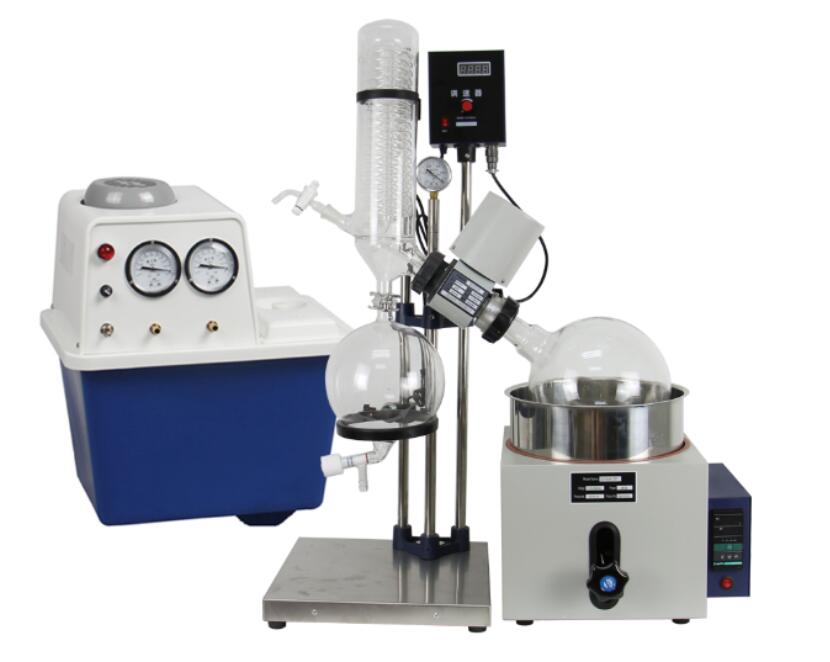 A tabletop rotovap is a machine applicable in chemical laboratories. The main principle of it is removing solvents from a sample mixture by evaporation gently and efficiently. The tabletop rotary evaporator is used in molecular cooking to prepare distillates and extracts. This equipment operates by lowering the pressure above the bulk liquid which in turn lowers the boiling point of the constituents liquids in it.

Mostly, the component liquids involved in applications of rotavap are research solvents that you wish to remove from a sample after extraction like isolation of natural products or it can be a step in organic synthesis. A rotavap is very convenient when it comes to the separation of low boiling solvents such as ethyl acetate or hexane from compounds that are solids at 25 degrees and 1 atmosphere. When carefully used, you can separate a solvent from a sample that contains a liquid compound only if there is less co-evaporation or an ideal difference in the boiling point at a particular temperature and low pressures.

The main components of a rotavap are: 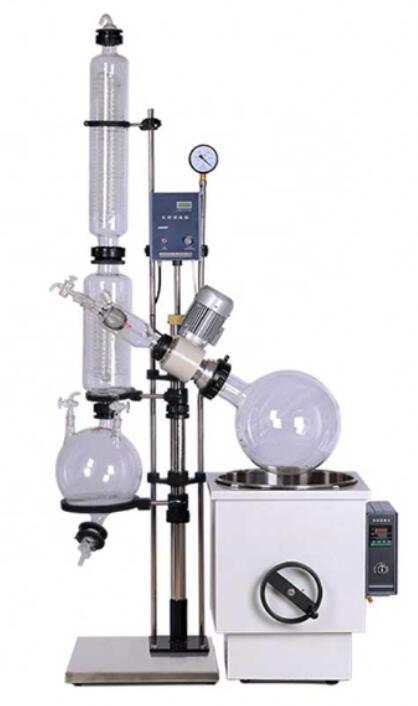 Tabletop Rotovap Sizes and Their applications. 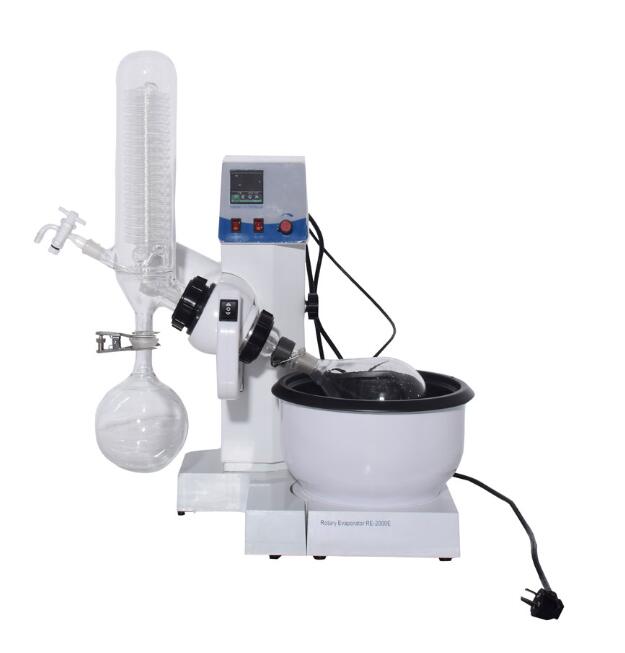 This equipment has a double sealing with PTFE as well as fluorous rubber to guarantee a high vacuum pipe. It also has a design that can be extended and this design also ensures easy operations of lifting, easy lock, and moves smoothly up and down. furthermore, it has large digital LCD screens that display rotation speed heating temperature and timing.

The rotation speed ranges from 20 to 8 revolutions per minute and it has a large water bath with a capacity of 5 liters and the heating temperature is around 180 degrees. The 2-liter rotavap also features a detachable operating panel that allows you to use remote control. It also features an adjustable position recognition that protects the user and the sample against breakage.

This machine is used in chemical laboratories to remove solvents from samples through evaporation. With a large capacity, it can be in small scale areas in pharmaceuticals, biologicals food, and chemical laboratories. The 2-liter tabletop rotavap is also used in molecular cooking when preparing extracts and distillates. 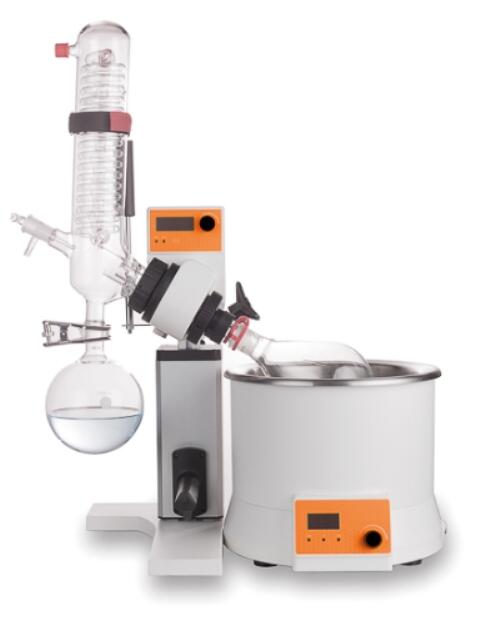 5L rotary evaporator is equipped with a 5-liter evaporating flask that is detachable and a 3-liter collecting flask. The rotavap under the vacuum conditions provides the boiling flask constant heating temperatures and also rotates at a constant speed. Since it has a large capacity the liquid can form a big film area thus making evaporation efficient. The machine also features high-efficiency glass condenses that cool the distilling components which are recovered in the collecting jar thus improving the efficiency of evaporation.

The rotavap has a double sealing with PTFE and FV rubber thus guaranteeing a negative pressure level. It also features an automatic switch valve that ensures a continuous collection of the distillate without altering the vacuum degree. Additionally, it has a motorized water bath that lifts the evaporating flask with precise control. The discharge valve that is made of Teflon is corrosion resistant and does not get contaminated.

The equipment is suitable for any experiment involving distillation, evaporation, or separation of chemicals. It is also good with biological samples since it has a short elution time hence the samples are not denatured. 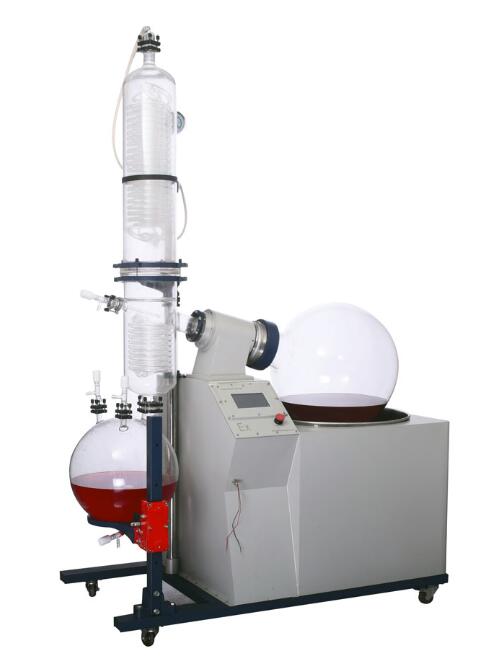 The 10-liter tabletop rotavap has a spacious capacity, so it is capable of evaporating large volume samples at once. It also has a motorized water bath thus giving you the benefits of controls as well as minimizing errors that would arise during operations. Furthermore, it has a speed and temperature display giving you easy visual operation. The appliance also has a PID temperature controller thus you are able to maintain accurate temperatures.

The rotavap also features awesome mobility since it possesses sturdy swivel caster which assists in turning it around. Additionally, the machine is durable since it has a solvent-resistant PTFE and Viton gaskets as well as a high borosilicate glass that is high-temperature resistant alkali resistant. It also has a quiet operation since its motors are extremely compact and they are also vibration-free.

The 10-liter rotavap is used in the extraction of solvents and the extracted solvents are in crystalline forms. Other than distillations, this machine purifies the solutions without bringing unwanted side effects such as higher bills. It can also be used in mixing solutions and also separating vapors. Furthermore, the machine is used in the food industry in activities such as preservation, processing, and handling a wide variety of foods. 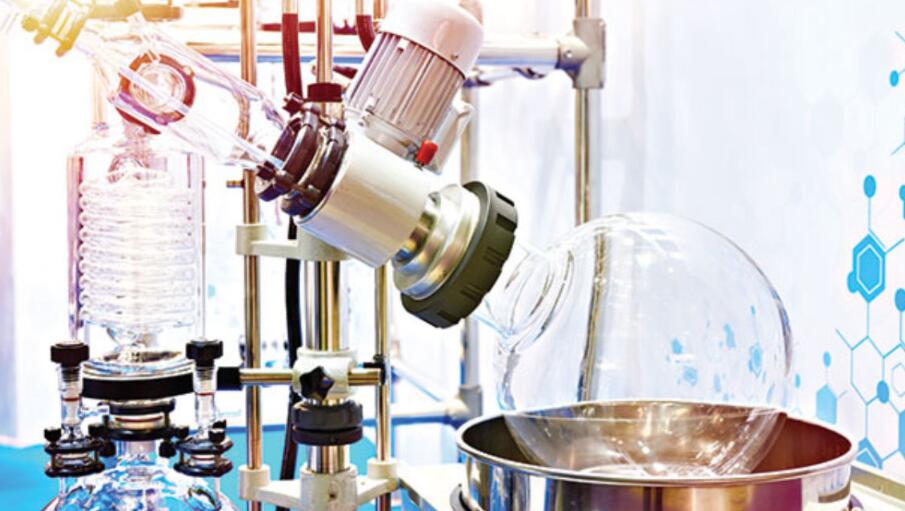 Rotavaps are used for teaching experiments in the laboratories. When carrying out laboratory experiments and evaporation bottles being used, it does not roll neither does it break easily which reduces the expenses when it comes to school experiments. This machine can also be found in museums where people visit and are taught about its working principle and application. Additionally, it can be found in medical schools in dealing with the study of biological samples.

Research is a broad is done in fields such as industries, medicine chemical engineering, and biology. It is used in medicine and biology since it is able to handle heat-sensitive samples. So, this machine can be used to handle the samples that easy to denature under long-time high temperatures.

A rotatory evaporator has a wide range of applications which makes you develop a business idea. For example, you can buy the machine to charge companies and researchers who would like to separate their natural products when identifying new products. And also, you can set it and charge educational institutions such as schools who would like to learn about the equipment but do not have it.

In conclusion, a tabletop rotavap working principle involves using negative pressures so as to evaporate solvents at a lower temperature. The machine can be used in many ways ranging from food industries to chemical laboratories and many others.