The 2L rotary evaporator is a small volume laboratory apparatus of rotary evaporators which is heated to evaporate and even separate some solvents. Though small, this equipment finds extensive use in the standard laboratory owing to its ability to handle many applications. We devote the entire length and breadth of this article to discussing its basic features. 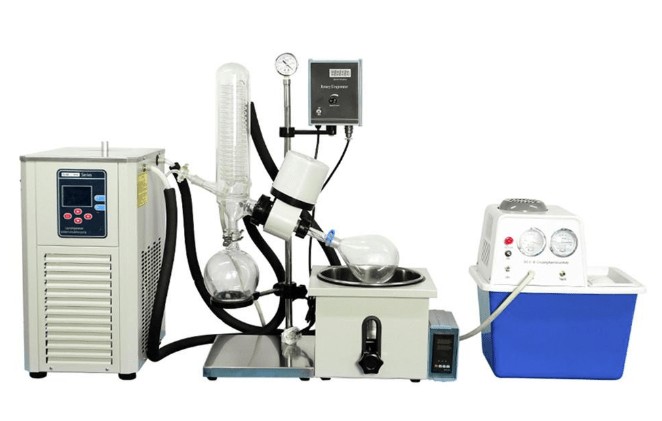 The Structures of 2L Rotary Evaporator 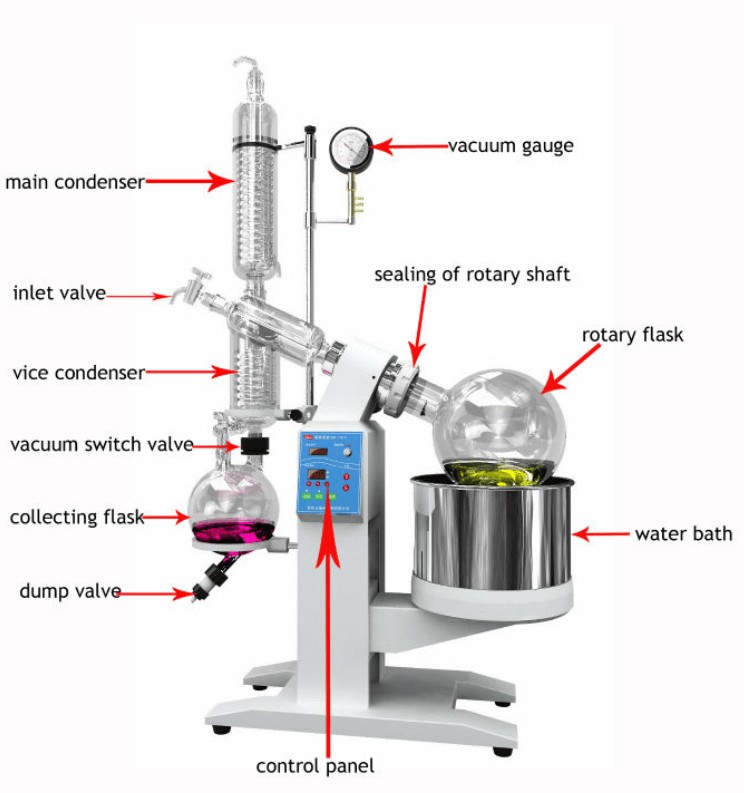 At its core is the high-quality borosilicate glass. This one forms the entire structure, framework, and makeup of the evaporator. The glass is not only transparent but also able to handle many heating and cooling undertakings. It further gives you the opportunity to keep an accurate track of the progress of the reactions.

Some double-layer cooling coils come next. As you may have guessed, these coils play the role of furnishing the heat and the cold wherever they may be needed in the reaction. By comprising a double layer, the coils are tougher and more reliable than their counterparts ordinarily are.

In the course of these reactions, gaseous wastes are generally produced as by-products. An advanced EL gas-tight system exists to shut this gas firmly in place. This way, it also acts to separate the liquids from the gas in such a way as to forestall any likely emergence of reflux.

A built-in transmission mechanism exists to aid with the conversion of frequency, regulation of speed, stabilization of the reactions and the provision of stable speeds. All these combine to make your life better and more meaningful at all times of use. They also maintain a stable state for proper reactions.

The Features of 2L Rotary Evaporator 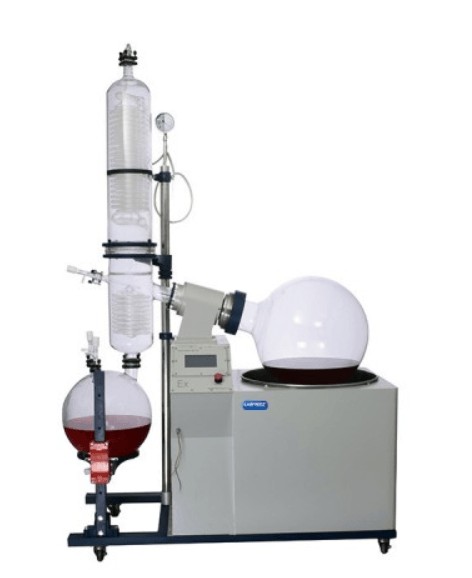 Its temperature controls come in the form of an intelligent PID controller. Unlike the ordinary, on/off switch this control allows you to preset the desired maximum temperature. It automatically switches the system off in the event that the set limit is hit. This way, it negates the need to invest too much attention.

This evaporator manages excellent airtightness. Simply put, this is a mechanism that drives out all air to create a near vacuum-like condition. In this way, it makes the entire processes transpire faster and more effectively. That is because liquids boil at a much lower temperature when in a vacuum.

Unlike the other apparatus that employ liquids, this one does not spill off the contents anyhow. It does have the PTFE and Viton double sealing to aid with these. The sealing basically blocks off all the joints and any leaks which might contribute to the leakages and spill offs.

The major reaction chamber comes in the form of a rotating flask which actual swivels to change locations as the need may so dictate. With this rotation, the flask mixes all contents completely and thoroughly to ensure maximum impacts. Moreover, it also sets up and deploys seamlessly.

To make your reactions and workings even safer, the evaporator does come along with a discharge valve. The role of the valve is basically to regulate the flow of chemicals, liquids, and gases. It makes the tasks of collecting the output solvents safer and more expedient.

Giving it the power it requires to engage the constituent parts and separate solvents are the specialized motor. This one is so powerful that its torque output is capable of impacting even the most viscous fluids easily. Many manufacturers have put in place deliberate measures to make their motors quieter.

The water bath closes the list of the most notable features of this apparatus. It has a capacity of 2 liters, hence the designation of the 2-liter rotary evaporator. As the name implies, it merely exists to accommodate distilled water which arises as a byproduct of the reactions, nothing more!

The Applications of 2L Rotary Evaporators 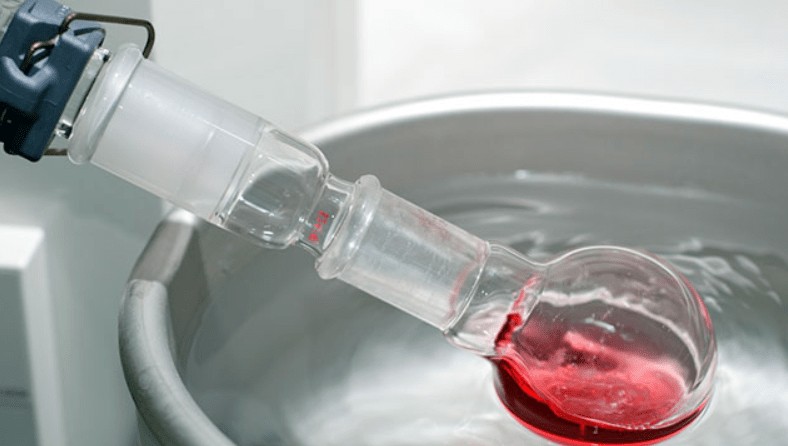 Its number one purpose is to remove solvents. This is a task it does principally by heating the solutions and then extracting the liquid component which leaving behind the solid parts (solutes). In this role, it finds applicability in applications that deal with the purification of water.

When you have two liquids that are mixed together and would want to separate the same, the two-liter rotary evaporator yet again comes in handy. It has the ability to separate the two liquids chiefly by capitalizing on the differences in the boiling points. Unlike the fractional distillation, it is more effective as it does not mix the outcomes.

Its ability to separate two liquids stretches beyond that. The apparatus indeed even goes beyond to separate colors from substances. In its entirety, this apparatus is able to capitalize on the varying boiling points of the liquids and colors to bring about this benefit. It does do a fairly awesome job than chromatography.

By its sheer makeup and composition, this apparatus is able to handle and facilitate a couple of chemical reactions and processes. Examples of these are condensation, crystallization, separation, and boiling. All these are made possible by the comprehensive structure, powerful motor, and reliable operability. Its comprehensive nature hence makes it a ‘one-stop-shop.

Waste liquids are never necessarily really useless. Indeed, it is still possible to restore them to their original proper conditions. The two-liter rotary evaporator yet again gives the power to do just that. To do this, you will have to heat the liquid, convert the same to a hot gas, and then condense the same back into pure cold liquid. 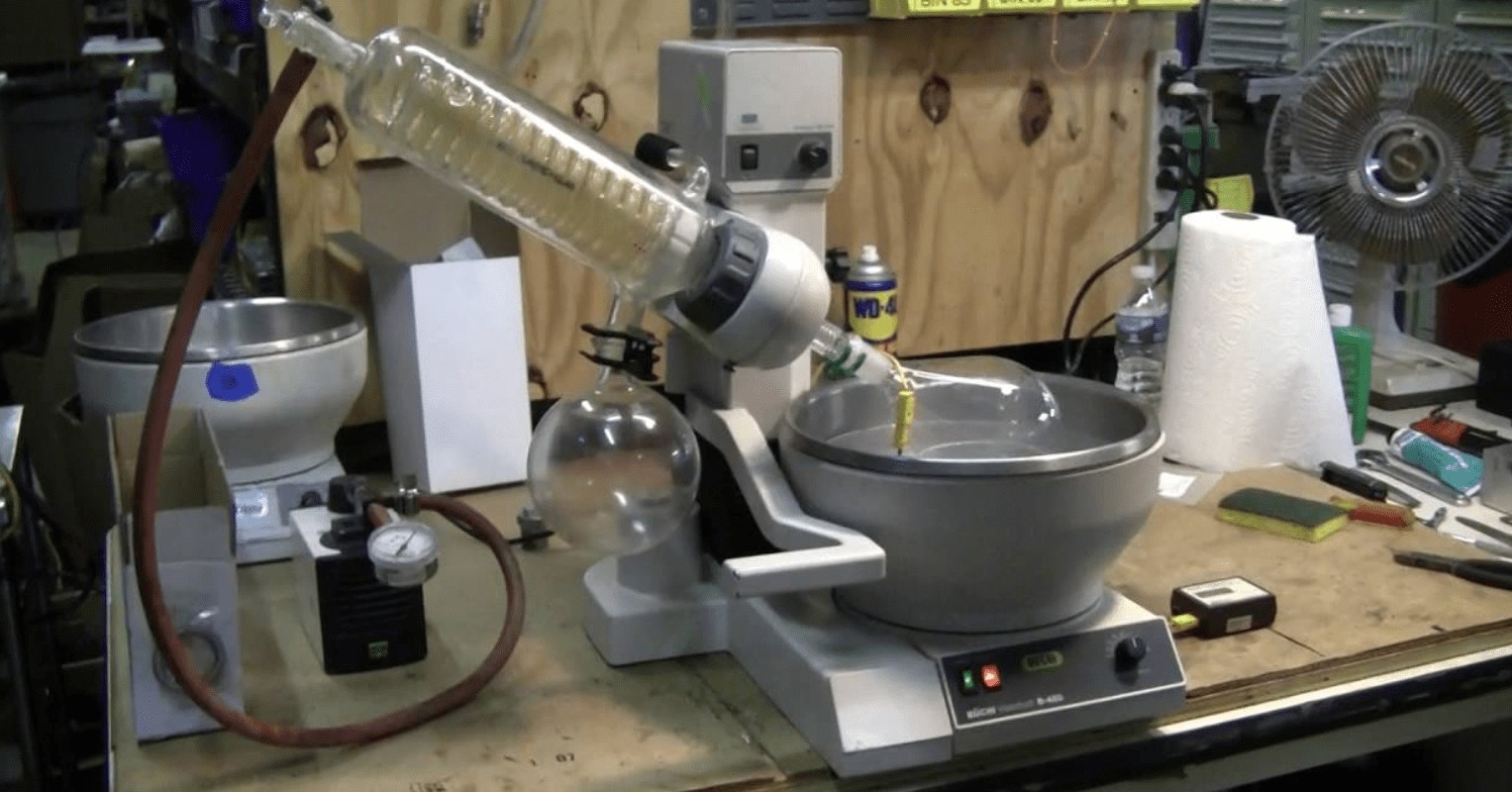 As a final purpose, the apparatus also vaporizes the liquids. We have already explained that it has the ability to heat the liquids to the boiling point below the threshold temperature. This it does by eliminating all matter to create a vacuum-like condition. In doing so, it also reduces the heat consumption rates.

You now have, or so we think, the confidence you need to shop for and incorporate the 2-liter rotary evaporator in your laboratory. The benefits we have belabored above, as a matter of fact, are not all that the equipment may give off. This means you have all to gain and nothing to lose by choosing to use it. Go for it soonest possible!