We have prepped this discussion expressly for that purpose. In this page, we shall definite what this laboratory apparatus is, how it is suited for the laboratory environment, and the surrounding questions. It is our hope that you shall find it quite informative and satisfactory to you.

WKIE LAB thin film evaporators come in diverse shades and sizes. Some are small enough to be comfortably used within a laboratory setting. Others on the other hand are large enough to be used in industrial or commercial settings. The choice of the one to pick for the job is hence entirely up to you.

What is the Lab Scale Thin Film Evaporator? 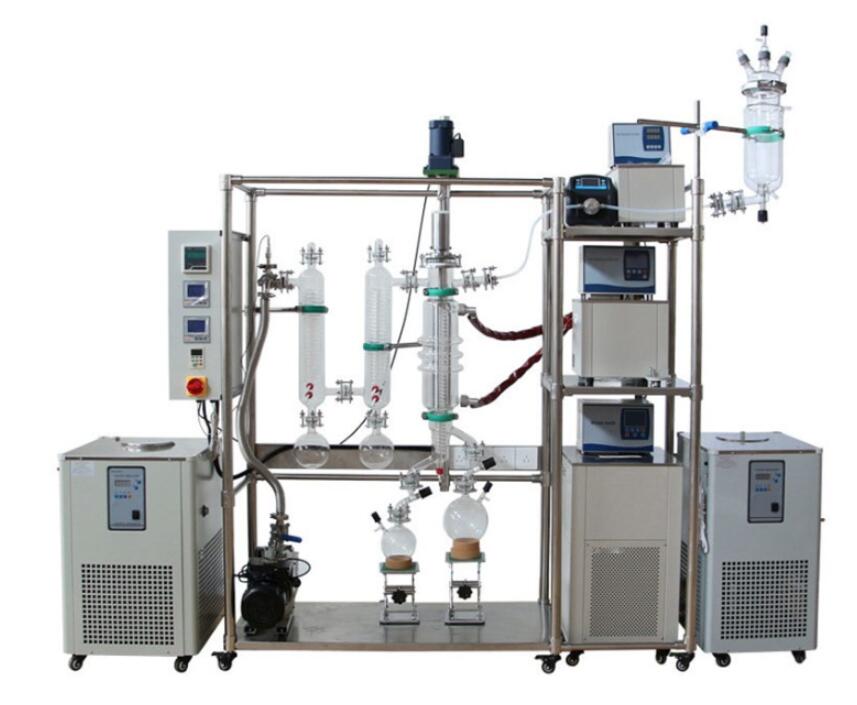 The apparatus is the one you would pick and deploy for common everyday laboratory applications. These include testing liquids, separating liquids, mixing chemicals, and testing the reactions of various substances while in a laboratory setting. Overall, the piece of equipment is hard, strong, and pretty resilient to the common agents of damages.

Even though this apparatus is available in numerous forms, shapes, and sizes, it exhibits some more or less similar characteristics and traits all the while. We now want to dig deeper and endeavor to find out the core characteristics of these apparatus to be able to know how they fit and facilitate the normal laboratory undertakings. 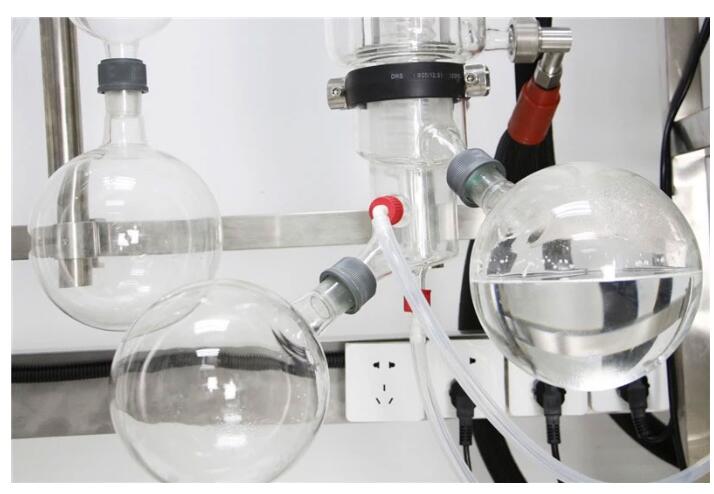 Standing taller among the key features that these apparatus comprise is the continuous collection module. This is a segment of the apparatus whose role is basically to collect the end results of the purification process. It comes about mainly as a large glass bowl that is spherical in shape with a flat base.

It is continuous in the sense that it is larger and hence able to collect the fluids on a rolling basis. Being larger in size also makes it suited for the large scale commercial settings and applications. This module is almost exclusively made of glass that is nonetheless resistant to the risks of fire and heat damages.

The glass also gives you the leeway to take note of the progress of the heating and collection progress. This is due to its transparent nature. Some modules are also calibrated to aid with the measurements and proper mixing of the vital ingredients.

Apart from merely collecting the solutes, the module also holds them in such a manner or position that makes it easier to heat up. Also, it expedites the process of emptying the contents at the end of the reaction process. This is mainly due to the awesome shape that the module comes about in.

Being light and stable, it also hardly ever fidgets in such a way as to cause the item to either spill the contents recklessly or even break apart when in use. To be on the safe side though, you have to insist on a module whose shape and configuration you can easily bear and tuck in your available space. 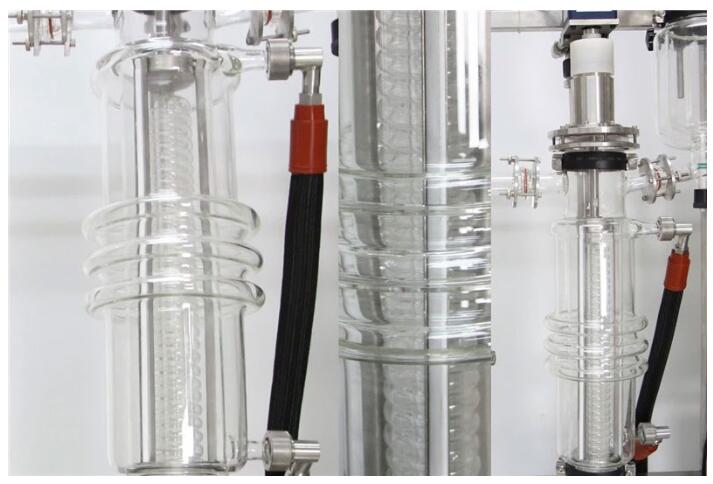 When in the course of utilizing your thin-film evaporator, you will have to move the liquids up a pipe. To do this, you will the expensive use of the gear pump. The gear pump is basically a manually operated pump that serves to such solutions from one part and transfers the same to another one.

Though mostly manual in nature, some of these pumps are automated in their features and subsequent functioning. Thanks to the automated nature, the pumps are able to demand limited input and effort in your part when in the course of operations.

Other than expediting the flow of solutions or liquids in the chambers, these pumps also facilitate the flow of residues. These they do principally by allowing for a continuous flow of the residues in the chambers. That way, there are almost no clogs and the subsequent damages that ordinarily come along.

A typical gear pump comprises a meshing of gears. These jointly work to pump out the fluids and residues typically the process of displacement. Many of them use the hydraulic principle to achieve the desired end. The use of hydraulic principles reduces the effort that may be needed to tackle the chore. 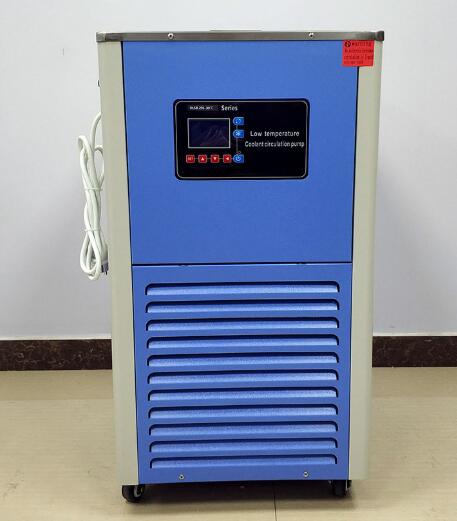 Particularly, the external location aids in the cooling of the condenser as it puts it in maximum exposure and contact with the cold air. That also brings down the costs and the time taken to make the stated conversion. Overall, these condensers are also cheaper to operationalize.

They, unlike their internal counterparts, do not rely on the utility power to do their job. A typical condenser of this kind comprises an outer chamber or a separate tube. These may also be used to separate the fluids and prevent the outcomes from getting mixed up unnecessarily.

This condenser also relies on the efficient transfer of heat within the chambers to minimize the loss of heat. In addition to merely facilitating the conversion of gases into the water, the condenser also collects the residues for safer disposal at a later time. It enables this principally due to its awesome configuration.

Some evaporators also give you the leeway to attach the kind of condenser you prefer. This stems from the realization that different circumstances of use demand condensers of equally varying sizes. They hence give you the freedom to determine the kind of accessory that may be proper for a given use.

Some laboratory applications may demand that you regulate the temperatures and other vital parameters of the reaction process. The circulators come in handy at such times and for these purposes. They are special features that regulate the pace and stature of the reactions. These are attached to the external condensers.

These circulators provide a conducive environment for the various chemical reactions to transpire efficiently. Their temperature of operations varies from -25° to +200°C. Thanks to this awesome temperature variation, the evaporators are able to facilitate proper reactions under varying circumstances as well.

This feature comes in handy when the reactions have to be performed in a controlled environment. It basically offers the stabilization that is necessary for the stated reactions to occur. The circulator also performs a host of other relevant chores besides merely stabilizing the operational temperatures.

It also strikes a special balance between the various capacity metrics of the evaporator. These include circulation, heating, and cooling capacities. By creating and maintaining this special balance, you are well able now to prevent accidents that may arise in the course of mixing your chemicals.

To be able to perform this chore, the circulator comes about in a special construction that imbues both flexibility and special controls. You make use of these to regulate and determine the right metric for your reactions at any given time. That puts you in full control of the reaction process while at the same time suppressing any accidents from possibly arising. 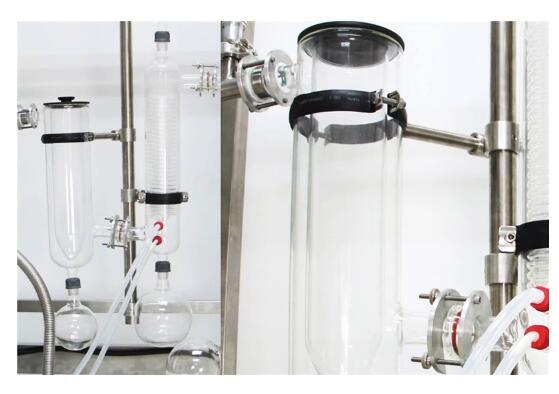 Part of the evaporation exercise is to cool the hot vapors and convert them to the liquid forms. This is a role that the evaporator delegates to the cooling coils cold trap. As their designations imply, these play the roles of reducing the temperatures of the vapors to let them convert to the liquid state.

They run through the entire length and breadth of the chamber. In the course of the hot gases running through, the heat energy that is ingrained in them gets dissipated in the coils. In that way, they end up shedding off the gas nature and instead convert to a liquid.

Outside their standard role of cooling the vapors and converting the same to liquids, the cooling coils also aid in the extraction of the acids and the organic solvents. For them to discharge this role, you have to attach the optional glass condensers.

These cooing coils generally condense all the vapors save for the permanent gases into the liquid forms. Their use and subsequent applications hence negate the likelihood of the gases escaping and inflicting some harms to the environment or room interiors wherein you are located.

When deployed for tackling oil and inflammable substances, the evaporators also play the protective roles of preventing the strong vapors from flowing past the pumps to the chambers. In that way, they also prevent the flames from sparking and the subsequent damages that potentially ensue. 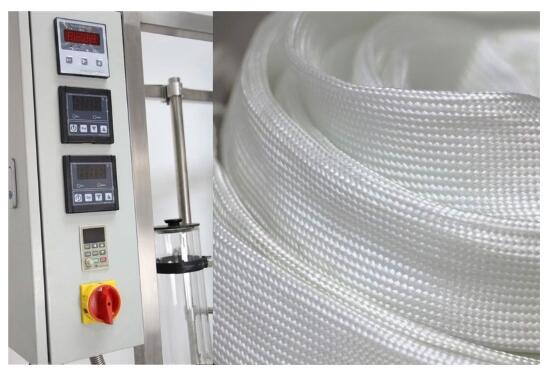 A cooling circulator rounds up the top features of the evaporator. As its name implies, it is the one that mixes the contents to form a smoother mixture that subsequently facilities the reactions. It is a well-known secret that contents react well when thoroughly mixed than when they are disparate forms.

On top of merely mixing the contents, the circulator also cools them. This it does by placing the contents within some specific range of operations. If and when this happens, the chemical reactions are able to transpire without suffering any adverse consequences.

Placing the reaction within some comfortable ranges also brings about some added benefits. Chief among these is the suppression of explosions and other damages that potentially arise when the contents are reacting or mixing completely together. The range, in this case, varies from -25° to +200°C.

The cooling circulator finds applicability in both the open and closed applications. For this reason, it is quite versatile and subsequently less prone to the shocks that potentially be. At the same time, the circulators also allow for applications whenever and wherever the circumstances may so demand.

Without a cooling circulator, the level of heat may not be sufficiently distributed within the chambers as should be. That may disparage the entire stricture and even cause a part of it to sustain some damages due to overheating. Thus, this cooling circulator also serves to uphold your safety all the while.

Lastly, we now take a look at the uses of the lab-scale thin film evaporators: 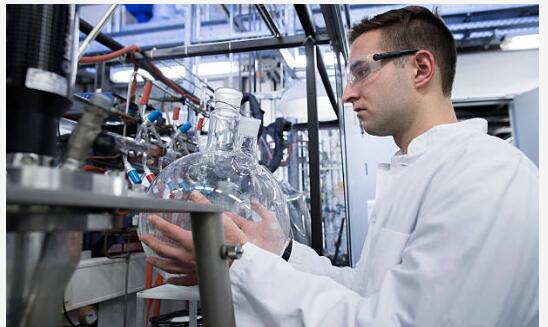 These appliances enable continuous distillation processes to occur. That means they have the ability to purify the solutions and eliminate all chaff from therein completely. They do these chores on a rolling basis and with limited attention, focus, and input on your part. That also keeps you well-tuned and taken good care of.

Ups the Rates of Evaporation

By their nature, these evaporators up the rates of evaporation. They seal the interior contents firmly to prevent any gases from escaping outside and at the same time increase the rates of pressure inside the containers. With this in mind, they cut down the level of utility energy you might have to expend.

Being strong and highly reliable, these appliances are able to process a variety of chemical products. These include but are not limited to crystallizing, high-viscosity, and high-boiling products. On the strength of this ability, the evaporators cut the hassles you would have to go through to have your way.

They also have the distinctive ability to lower the operating pressures in the interior of the chambers. There is a direct correlation between the level of pressure and the efficacy of reactions. Lower pressures are great because they give the reactants the room to mix thoroughly without any unnecessary losses.

The residence time is the average duration of time in which a portion of the material is allowed to stay in a condition or state during a chemical reaction. By hastening the residence time, the evaporators allow many reactants to be handled per unit time and with the given amount of resource base.

We bring an end to our thin-film evaporator lab scale to an end there. As you may note, we have truly labored hard to explain all that the matter may pertain. The onus is now on you to implement what we have furnished you with. So, when do you plan to make a purchase? Let us know in the chart below…