Distillation is simply the process of separating two liquids that have different boiling points. This process happens whereby a mixture of two liquids is heated until the liquid with the lower boiling point attains its maximum temperature. Once this happens, these liquids will automatically vapourize, leaving the mixture. The distillation, in this case, has an apparatus that cools the vapor and condenses it for collection. Nevertheless, there are types of distillation processes, which are common, and they include the following. 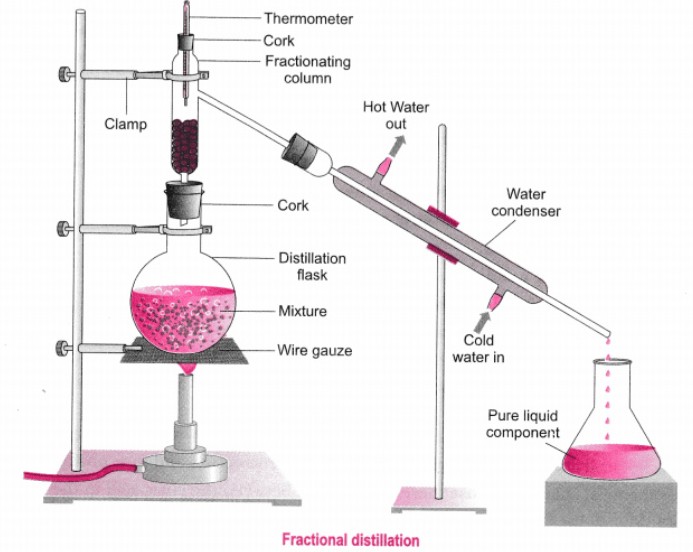 Fractional distillation is a type of distillation used to separate a product into various components that make up the same product. However, it is good to note that this type of procedure is more efficient for liquids, which have very close boiling points, say no more than 40 degrees Celsius. The central apparatus used here is called a fractionating column, which is a long tube. The column comprises either metal wires, metal ribbon, or at times, glass beads. These elements of the column aid in the separation of the chemicals by proving a larger surface area for condensation and evaporation.

The fractionation column is unique in a way that it has a temperature difference across, cold at the top and hot at the bottom. This feature aids in smooth and complete separation of the chemical. The reactant with low boiling point passes through the column, and when ready for collection, it condenses at the top while the one with a higher boiling point settles at the bottom. The liquids later pass further into condensers for more cooling then taken for storage while awaiting other chemical procedures. 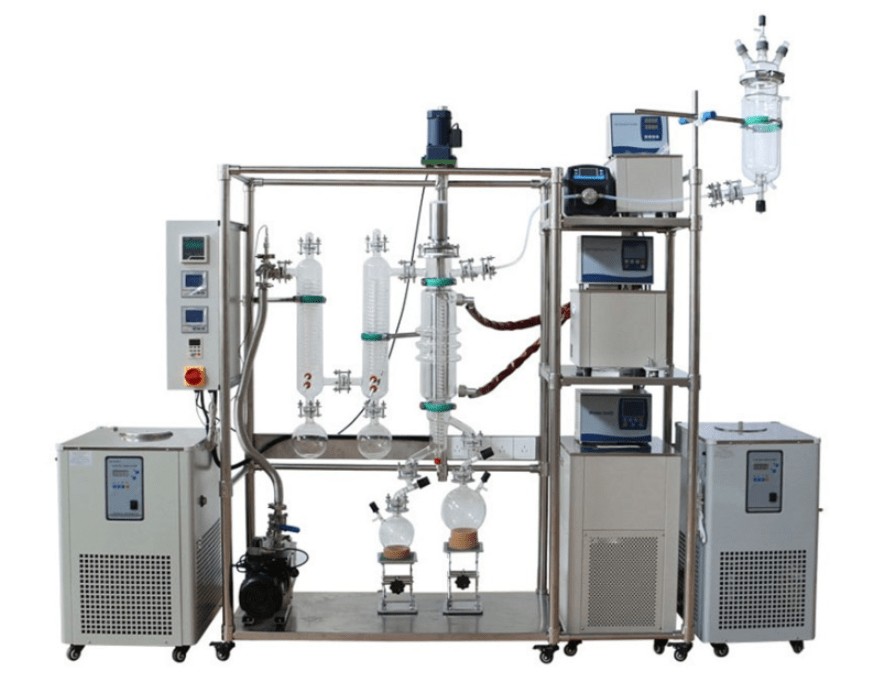 Molecular distillation is a chemical separation process that uses low vacuum pressure while incorporating an appliance called a molecular still. This type of separation process is commonly known as the short path vacuum distillation. In these scenarios, the molecule of the distillate reaches the condense. It separates before there is any intermolecular collision aiding in separating various chemicals, purification, and concentration of natural products, among other uses.

The primary process occurs when the distillate liquid is shortly put to high temperatures in a vacuum in an element by the name distillation column. For it to be successful, there should be a provision of some distance between the evaporator and the condenser. Also, you should know the fluids are in a free molecular state in the mean open path. The gaseous phase has no significant impact on the elements making pressure a bit unnecessary. Therefore, the creation of a short way between the hot surface and the cold surface is essential to ensure the separation is successful. With the aid of the molecular mean free path, you can see the difference in the diameter of the molecules, which enhances the different types of particles to move is separate ways and time achieving separation.

Molecular and fractional distillation are two types of separating processes beneficial in the making of essential oils in companies. However, since the procedures are all unique in their way, one method cannot claim to be better than the other. The determining factor of efficiency is the product ready for separation.

Please Feel Free To Fill In The Form To Get Free Quote On WKIE LAB Molecular Distillation: