Rotary evaporators are common laboratory equipment, especially for separation purposes. They are used in many fields for their versatility, especially those that involve the use of solvents. Rotary evaporators are also known as rotovaps and are essentially reduced pressure distillations. It consists of a water bath, over which a round-bottomed flask with a solution is placed and rotated. At the same time, the system gets partially evacuated using a vacuum pump or water aspirator.

The vacuum system essentially reduces the pressure within the evaporator system, which ensures that the solvent boils at a lower temperature than usual. The rotating flask increases the surface area of the liquid, which in turn increases the rate of evaporation. When in contact with the condensing unit, the solvent vapor condenses and is collected in a receiving flask. This process leaves the concentrated compound in the flask. Below are the advantages of rotary evaporator.

What Advantages Does Rotary Evaporator Has Over Regular Distillation Equipment? 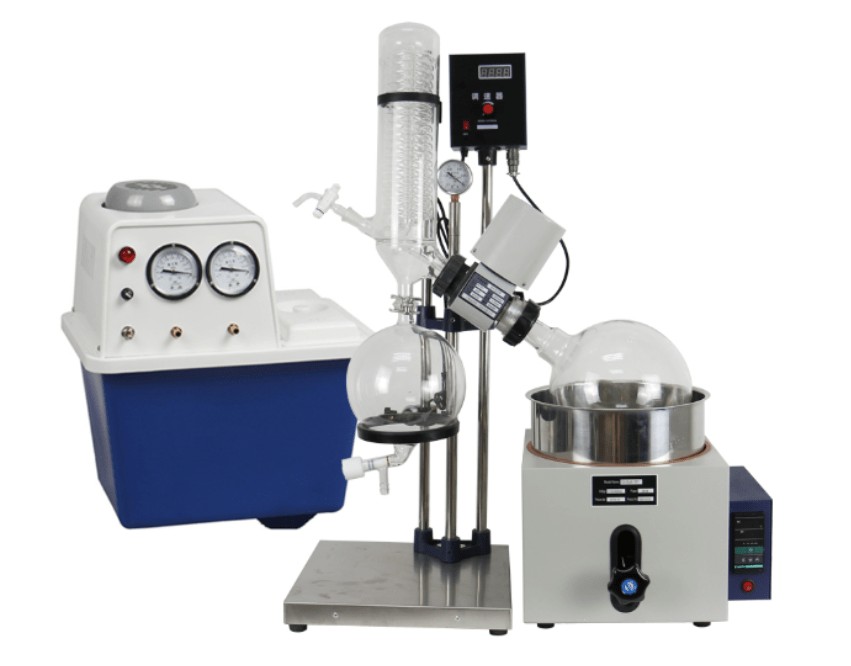 Rotary evaporators are used together with a vacuum system to reduce the pressure of the system. This means that the separation of solvents and other compounds can be achieved at lower temperatures than usual. And while the use of water baths already prevents the direct heating of the glass apparatus, lower water bath temperatures ensure that the apparatus stay in good shape for longer as they are exposed to lower temperatures.

While talking about the distillation speeds of the rotary evaporator, it is also important to note that it is electronically controlled to enable the rotation of the flask at a constant speed. This also contributes to an increased surface area at this constant speed. Under the low pressure caused by the vacuum pump, the distillation speed is increased significantly due to the large surface area of the mixture.

A rotary evaporator consists of a built-in lifting and falling motor. This part enables the automatic raising of the rotary bottle to a position just above the water bath for the rotation process. This means that a technician is less involved in the holding of the apparatus, which makes work easier for them. The motor is electrically powered, and this means that the apparatus can be used so long as there is power. This makes it an efficient and reliable apparatus for most Chemistry labs.

Due to the forces that contribute to the evaporation process (centripetal force and friction), bumping is often suppressed. This allows for quick and gentle evaporation of mixtures, and therefore allows even the inexperienced users to utilize these apparatus. The solvent remaining after the rotary evaporation can further be removed through a deeper vacuum or a tightly sealed vacuum system at ambient or relatively higher temperatures.